Simon Njami, the curator of the exhibition THE DIVINE COMEDY at SCAD Museum.

Do you think the common perception of Africa is correct, or do people need to be better educated?

Big shows regarding Africa are always held, for technical and economical reasons, in the West. And the West has always thought that they had an encyclopedic knowledge of the world. Hence a lot of misunderstanding about what is Africa, and what could be art made by Africans. But in Africa as well there are a lot of misunderstandings. Particularly because the notion of contemporary art is still vague for a lot of people.

I have not been curating African art, but rather work from African artists. Everybody around the world has an idea of Africa, be it taken from the news, from fantasies or from journeys. It is always interesting to observe how works are given a new meaning. Be it right or wrong, it does not matter.

In what way does “The Divine Comedy” contribute to the understanding and promotion of African culture?

It is not about art, or Africa. It is about meanings. Some of the artists in the show are Muslims, some are Christians some don’t believe in any the traditional God and they all live in the third millennium, when Dante’s Poem was written in the 14th century. I wanted Dante’s work to be deconstructed from new perspectives. The challenge, if there was one, was to make people, the audience, understand that Dante, like any artist, belongs to everyone. And it is my conviction that our reflection is always richer when we are confronted to something that doesn’t seem to belong to us. That’s how Western modern art was created, when Picasso encountered the African masks. 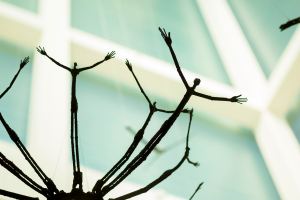 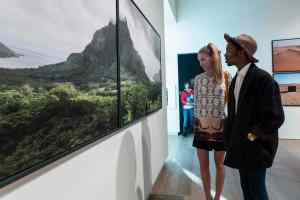 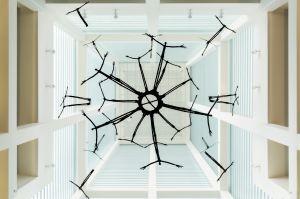 AllAfrica.com
There were three keynote addresses at an education conference I attended recently. Each speaker dealt in some way or another with ...

Why 'outstanding' and 'affordable' African art is so hot right now

CNN-Feb 16, 2016
(CNN) The champagne flows, the bidders haggle and the unmistakable crack of the gavel sounds. The scene could easily be set at the dapper ...

Business Standard
An Indian-origin art lover and playwright in South Africa has been knighted by the French government for his lifelong devotion to the promotion ...

The Highs and Lows of Africa's Art Market Bonanza

artnet News-Feb 5, 2016
Where one door closes, another one opens up. Currently this rosy cliché partly describes the fortunes of the African art market. In the wake of ...

South Africa: art and culture versus growth and jobs

South Africa.info-Jan 24, 2016
South Africa: art and culture versus growth and jobs. 25 January ... But should this be the only reason for funding arts and culture? Cultural ...

The Economist-Feb 18, 2016
Many marched on South Africa's parliament to complain about high ... Some of the art-burners might usefully have spent more time in the library ...
South Africa: Rhodes Must Fall Protesters Destroy UCT Art International-AllAfrica.com-Feb 17, 2016
Explore in depth (210 more articles)
CNN International

CNN-Jan 26, 2016
(CNN) Three artists making it big in the world of art have one thing in common: Instagram has been key in turning their hobbies into successful ...

In just four years, value of African art value has risen by an ...

Mail & Guardian Africa-Feb 11, 2016
OVER the last four years African art value has risen by a whopping 200%, this according to Giles Peppiatt, Bonham's director of African Art.

Valley News-Feb 17, 2016
In the exhibition “Inventory: New Works and Conversations Around African Art,” an exhilarating show of modern African work at the Hood ...
%d bloggers like this: